Marissa: I do. I rely on a bigger purpose and trust in that bigger purpose. I’m Catholic. I don’t go to church every Sunday. I used to, but not as much anymore. I guess I’m not a strict Catholic, but I still would consider myself Catholic. I still read the Bible everyday and even though sometimes I can’t go to church because I have commitments on Sunday or things like that, I think it still means trusting in God, and relying on Him is a big part of it too. Being at church is important but I feel like it’s not everything.

Do you agree with what the Catholic Church teaches about abortion?

Marissa: To be completely honest, I’m not a hundred percent sure what they teach about abortion. I know there’s some controversy, but I don’t really go into politics too much when I’m reading the internet. I know there’s a lot of controversial things even with like sex and like marriage so I know that Catholicism is pretty strict on on certain things. I don’t really read too much into that sort of stuff, so I’m not really sure. 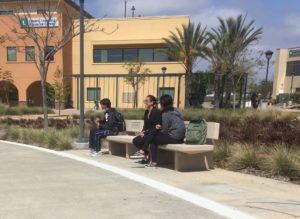 Do you consider yourself pro-life or pro-choice?

Marissa: That’s a tough one because, coming from a STEM major and a scientific point of view, we were taught that all life doesn’t really truly begin until a certain part in your pregnancy. I know a lot of people are like, “It should be able to become a child,” and some people are like,”Well, they should be able to choose like if they got raped, it’s not fair.” I don’t really have too strong of an opinion because I know there’s two different sides to it. I would say when I talk to other STEM majors about this issue that they agree that it’s at a certain point where you can’t get an abortion anymore and up until that point, it’s usually just a clump of cells. I feel like a lot of biology majors don’t really consider it a fetus until a certain point and then it would be considered something completely different. Some obviously will have different emotional points of you on it and I’m no expert. I don’t know the stages of pregnancy completely. I have learned about it before but I don’t remember it enough to provide a valid argument. But I do think that a lot of more STEM majors lean more toward: it’s just a clump of cells.

Marissa: I do. It’s white and beautiful, I suppose. Something like that, something grand.

Do you think we have to live a certain way to get there?

Marissa: Catholicism is known for being a lot more strict and you have to be careful not to sin. I guess I was brought up thinking that, but I know a lot of people with Christianity and different related religions, they’re not as bad about that. But my parents brought me up to believe that we are supposed to behave and believe a certain way, so I would say yes, but then I’m getting older and I realize it’s not as horrible as they made it seem.

How do you decide what’s a sin?

Marissa: I guess anything that goes against the Bible or the Church. So murder for sure should be a sin, and cheating on your wife or husband, that’s a big thing in the Bible, too, being not loyal to them, that’s definitely a sin. Slandering God’s name in any way. I don’t think that small things are sins. We grow up thinking that everything is a sin, but then sometimes we’ll like call someone a bad name just because we’re a kid, we’re just like, “Oh, you’re an idiot.” I don’t think that’s necessarily a sin. I guess a lot of people have a different point of view about it.

What would you say to an atheist who asked you why you believe in God?

Marissa: That’s funny because my best friend is an atheist and sometimes we get into topics about it. I tell her that I believe in God because I just feel it. I feel it not just because I was brought up to feel it, but even in my everyday life I just feel like things always tend to work out for a reason. There has to be something out there that’s causing everything to fall into place. That’s what I tell her and she’s like, “Oh, okay, yeah, sure whatever.” But that’s how I try to explain it to her. She gets it, kind of, she just doesn’t really grasp it enough to fully be religious.

If you enjoyed this story, consider making a donation to support Mary Rose and the Inquiring Minds column, so that we can continue to provide this incredible insight on a more frequent basis. You can do so by visiting our Donations Page here.