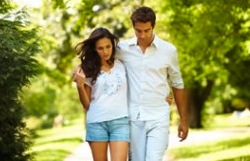 The following comes from a March 24 Conjugality blog post:

Having produced several videos about natural family planning (NFP) and fertility awareness methods (FAM), I know how challenging it can be to come up with original angles, fresh dialogues, authentic couple conversations and disagreements, and narratives that can captivate the target audience. That’s exactly what Miscontraceptions, Cassie Moriarty’s first documentary, accomplishes.

Miscontraceptions (here on Youtube) is bringing fertility awareness education to the millennial generation (which is who needs it right?).

Here are four of the things we especially liked about it:

It starts with the depiction of a real and likely situation: Cassie is complaining about the Pill’s side effects. Her boyfriend, Kyle, is trying to help and starts telling her about Natural Family Planning. She thinks that it’s the ineffective and passé rhythm method and they argue, in a hilarious sequence.

It also shows the two being vulnerable, tackling a difficult conversation, living through a conflict and resolving it. They’re adorable as a couple, especially because they show something profound happening to them: the courage of a conflictual discussion about birth control and the humility to resolve it.

It is very funny: kudos for demonstrating dialogue about a common sexual challenge honestly, in a humorous way and without vulgarity. The dialogues are authentic and fun, and the use of special effects and graphics is highly creative and eye-grabbing.

It brings in different perspectives: Kyle tells the guy’s side of the story. Interestingly he is the one pushing charting on his girlfriend. We also hear the perspective of a seasoned sex educator and that of a FAM teacher. Cassie takes risks and give a voice to people who are not the traditional promoters of FAM or NFP, a successful attempt to bring everybody together on something as fundamental yet controversial as FAM and NFP.

This brilliant short film stirs us up and gets us wanting to jump in on the dialogue on this topic. One argument we’d like to throw in the ring is that instead of advocating the use of a condom at the time of fertility, we’d encourage abstinence during the fertile times. The effectiveness rate of birth control methods is only as good as the worst method you use. Taking a chance on a notoriously faulty (not to mention pleasure-killing) option such as the condom right when you’re fertile is taking a pretty big chance. Fertility awareness methods used correctly, with abstinence during fertile times, are your best option to avoid pregnancy. However, we can admit that the graphic in the movie is visually effective, and that it may help open the discussion to a larger audience.

Another point we want to throw our two cents in on is when Cassie says at the end that “it’s not for everybody.” We agree that many women will think that it’s not for them, for various reasons, but we think it is for everybody. Let me say that differently: we believe that every woman should learn to chart. Period. After that, whether they take it into their relationship is another question, because there is a highly personal discussion that needs to happen with her partner/spouse, just as Kyle and Cassie did. Yet, in general, we believe that all couples could benefit from using it.

Comment:
What a radical (relating to or affecting the fundamental nature of something; far-reaching or thorough) idea! If the reproductive system is related to reproduction, who knows what’s next? Maybe the digestive system is related to digestion and nourishment (and not only pleasure). Natural law has not been, actually, cannot be, repealed. God always forgives, humans sometimes forgive, nature never forgives.

“We look forward to the life of the world to come”, by Fr. Mark Taheny of Star of the Sea in San Francisco, CA 29 March 2020

“Only God’s presence makes us healthy”, by Fr. Joseph Illo of Star of the Sea in San Francisco, CA 12 March 2020

Fatima: The Movie  A powerful and uplifting drama about the power of faith, Fatima tells the story of a 10-year old shepherd and her two young cousins in Fátima, Portugal, who report seeing visions of the Virgin Mary.