For the second year in a row, 28-year-old Jeannette Vasquez, her siblings, mother, and other family members will come together at Santa Clara Cemetery in Oxnard to create a traditional Day of the Dead altar in honor of her father, Rafael, who died Oct. 2, 2015.

For this Southern California family of Mexican origin, the point of the Day of the Dead (more commonly known as “Día de los Muertos” in Spanish) celebration is to honor the memory of their loved one. But now that they’ve immersed themselves in the altar-making as well as joined other families doing the same at Calvary Cemetery in East LA, they feel they are also celebrating his life.

Like the Vasquez family, thousands of others are expected to participate in the Day of the Dead celebrations in two Catholic cemeteries in the Archdiocese of Los Angeles: Oct. 26 at Santa Clara Cemetery in Oxnard, and Nov. 2 at Calvary Cemetery in East LA.

It’s only the sixth year that “Día de los Muertos”-themed events are taking place in LA’s Catholic cemeteries. But they draw from traditions deeply ingrained in Mexican culture, and to a lesser extent, in those of other Latin American countries.

According to Ernesto Vega, who oversees Adult Faith Formation in Spanish for the archdiocese, the version of the Day of the Dead celebrated in Southern California and all over Mexico has its roots in pre-Hispanic cultural traditions blended with the traditional Catholic festivities of All Saints’ Day (Nov. 1) and All Souls’ Day (Nov. 2). =

“The celebration did take place in the Church in parishes, prayer groups, youth groups, and Latino families, but there was no official archdiocesan celebration before,” said Vega. “But I remember that when I was in the seminary in the 1990s here in Los Angeles, we would be asked to bring portraits of relatives and we would make altars around All Souls’ Day.” 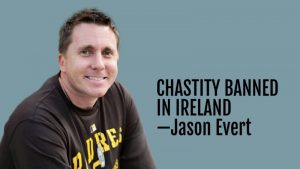