Lawyers for two brothers who were sexually abused by a former Hanna Boys Center clinical director announced Tuesday a $6.8 million settlement with the Sonoma Valley boys home and the affiliated Santa Rosa Diocese of the Catholic church.

It appears to be the largest single settlement over about a quarter century of sex abuse cases involving the Santa Rosa diocese, which as of May had paid out at least $31 million in settlements to victims of clergy abuse.

The settlement resolves a pair of lawsuits filed by the two brothers for suffering they endured as residents of the facility and well after they were no longer in contact with the clinical director, Kevin Thorpe, who was fired after his arrest two years ago and is now serving a 21-year prison sentence. 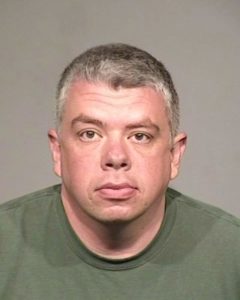 Santa Rosa Bishop Robert F. Vasa, who like his predecessors, sits on the board of trustees for the boys home, was not available for comment.

It is unclear how much the diocese, the boys center and their insurers each contributed to the sum.

Thorpe, 41, worked at the venerable boys center for 14 years, first as a counselor and later as clinical director, until he was arrested in June 2017 after the younger of the brothers, born about two years apart, came forward to authorities about the abuse.

The suits claim staff at Hanna Boys Center should have known Thorpe was engaged in improper conduct with the residents because of how often he took them off campus in his own car, among other signs. They described poor oversight and opportunities for staff to engage in misconduct.

Revelations about Thorpe’s misconduct and other allegations facing the boys center nearly led to its closure. The 74-year-old facility remains on probation after reaching an agreement with state regulators to tighten its employee training and oversight.

Full story at The Press-Democrat.

Comment:
Does anyone except Pope Francis think it is a good it is a good idea to allow the Communist Chinese government to choose the bishops for Chinese Catholics?